As I am sure none of you noticed, there was almost a full month between blog posts of November and December. Again, as I am almost positive you did not wonder why, I will tell anyway. I was in the process of closing and moving into my wife and I’s first house together and thus other priorities took over. We are now more or less “moved in” and I feel it’s time for me to write about my own personal real estate adventures.

Specifically, the neighborhood we chose, Baldwin Park in the City of Orlando. If you have lived in Central Florida for some length of time, you have probably heard of Baldwin Park, if you participate in 5k events, you have probably run around Lake Baldwin (seriously, there is one of these like every Saturday year round). Otherwise, there is a good chance you have never ventured inside the neighborhood. In my humble opinion, Baldwin Park is one of the coolest communities in Central Florida and more people should visit its “town center” or even consider living within.

Before I explain why I feel this way, let me give a brief history of Baldwin Park. Originally the home of the Naval Training Center Orlando (yeah, no ocean, I don’t get it either), Baldwin Park was passed to the City of Orlando when the base was closed in the 90’s. The City then sought private developers to create a master planned community using terms such as “new urbanism” or “traditional neighborhood design” or “mixed density and mixed uses”. If you do not instantly know what those mean, then you are a normal human being; if you do, then well you are one of my “real estate/urban econ brothers and sisters” and you already know all about Baldwin Park (there is even a significant chance you live here already!). In short, this means that Baldwin Park would not be a “good ole suburb” even though it is kinda located in the suburbs (this is just outside of Downtown Orlando, so half-urb?).

What would Baldwin Park become? First, it is primarily a residential community that features single family homes from about 1500 square feet “starters” all the way up to 5000+ square foot mansions, there are also condos, apartments and town homes. The idea is that a person could progress through the types of real estate as their life cycle progresses. And yes, this is exactly what both my wife and I. We each started in apartments while living alone (call it the first real place post college kinda thing), moved in to a townhouse together that we rented, and now bought a single family house (a.k.a. future family style). This is very different from the old model of rent an apartment downtown, buy a starter home either wayyy outside of town or a small townhouse close to the city, then trade up for neighborhood and size later in life. We made those moves all moving less than mile each time. This is a pretty cool concept, and IMHO, way better, just difficult to do in practice.

Second, Baldwin Park has office buildings and a neighborhood center anchored by a Publix grocery store, a CVS pharmacy, along with several small and unique restaurants, bars, and a few boutique stores. We can walk to this city center (about .8 miles) and makes living here feel like a sorta isolated small town that is just a five minute drive to downtown. This is the “mixed use” component of Baldwin Park.

So, does Baldwin Park work? Well, as a consumer, homeowner, I’d say yes. Was it perfect implementation? NO, it took a while to get sorted out and if hindsight could have been employed, certain layouts (like the location of the city center and ingress/egress of roadways) would have been different. Overall, I’d say its a huge success.

There is one particular design element I am huge fan of personally. That is the allowance of legal rental units to be built with the single family homes (technically making them “two family” or as my appraiser called it an “accessory dwelling unit”). Our house has a separate fully built out one bedroom apartment (with complete separate access) that we are renting out. Why do I like this so much. Well right now it is a source of income that is well, awesome. Later, that space can be converted into my super cool office/man-cave combo or just a traditional “mother-in-law apartment). In my opinion, this is a way more functional arrangement than many of the “Suburban McMansions” built for the last 30 years (yes, I realize many readers probably own these or want to buy them). I define a “McMansion” as house that is much larger than what is required for the family that resides within (i.e. a 5 bedroom house for a couple with two kids) and was/is the favorite design of many production home builders in America. In contrast, Baldwin Park has similar sized (in square feet and number of beds/baths) homes but with a flexible configuration that fits family needs and demographics. In short, WHY AREN’T WE BUILDING MORE OF THESE? Here I am advocating for this design, but what do I know, I’m just a real estate professor and consultant.

Now, since this was such a long post, let me finish with some beautiful Baldwin Park photos! 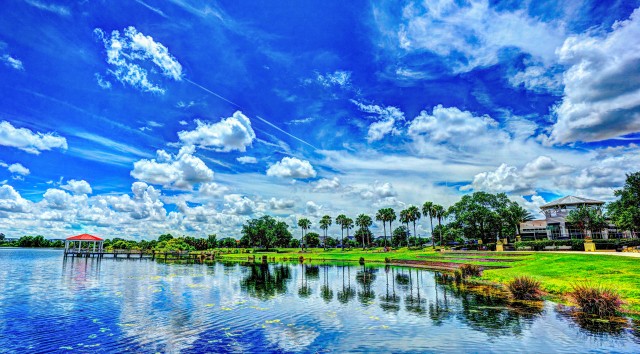 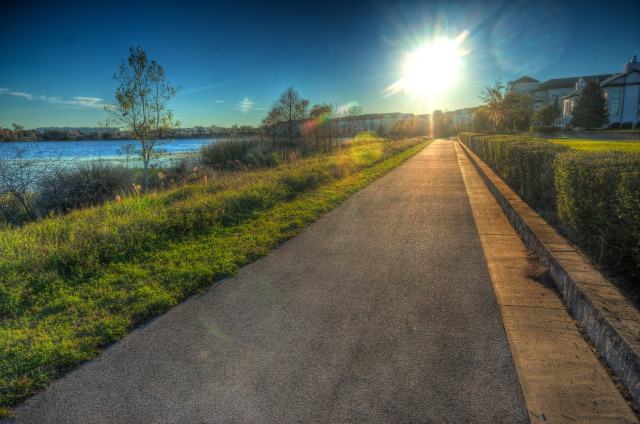 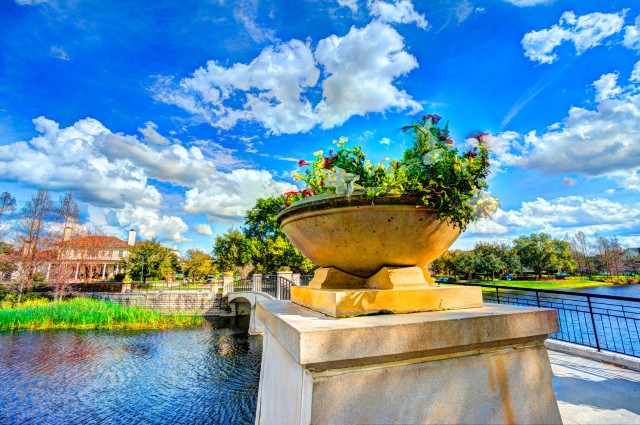 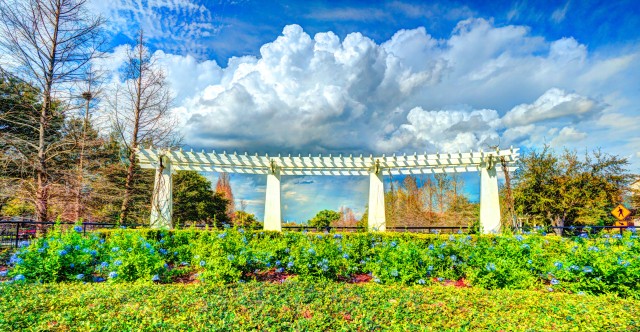 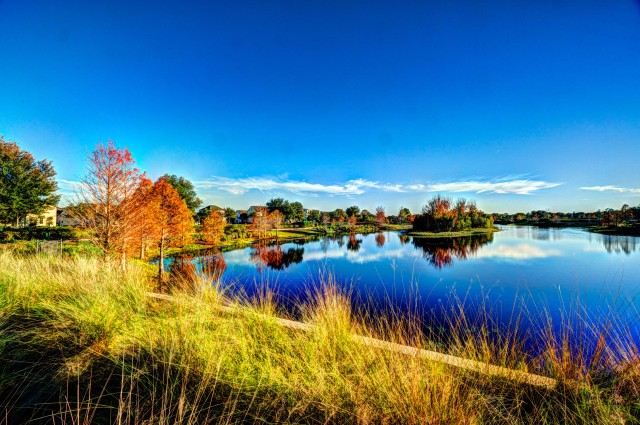